In the UK, sarcoptic mange (sarcoptes scabeii) is the single most common infection in foxes.

Mange, or scabies, is a parasitic mite with numerous sub-species that infect different animals. That which causes canine or dog mange (sometimes inaccurately referred to as fox mange) differs from that which produces similar infections in other animals such as cats, horses or in humans.

Mange mites need a host on which to feed and breed, but they may survive in the environment for a considerable period and, being microscopic, are impossible to locate.

Some folk, concerned about mange affecting their dogs, suppose the answer is to remove infected foxes from the area. This is simplistic and misses the point, as it fails to address the original reservoir of infection.

Rather than removing an infected fox – treat it! Otherwise, the fox that will inevitably take over the vacant territory may contract mange from the same point the original fox was infected. Result – no result!

Mange treatment given to captive foxes is usually successful, involving doses of Stronghold 5 -10kg (or generic ‘spot-on’) or two injections of Ivomec or Panomec (.125ml) given over a two week period. Both treatments are best applied in conjunction with a broad spectrum antibiotic such as Baytril or Synulox to combat skin infection. 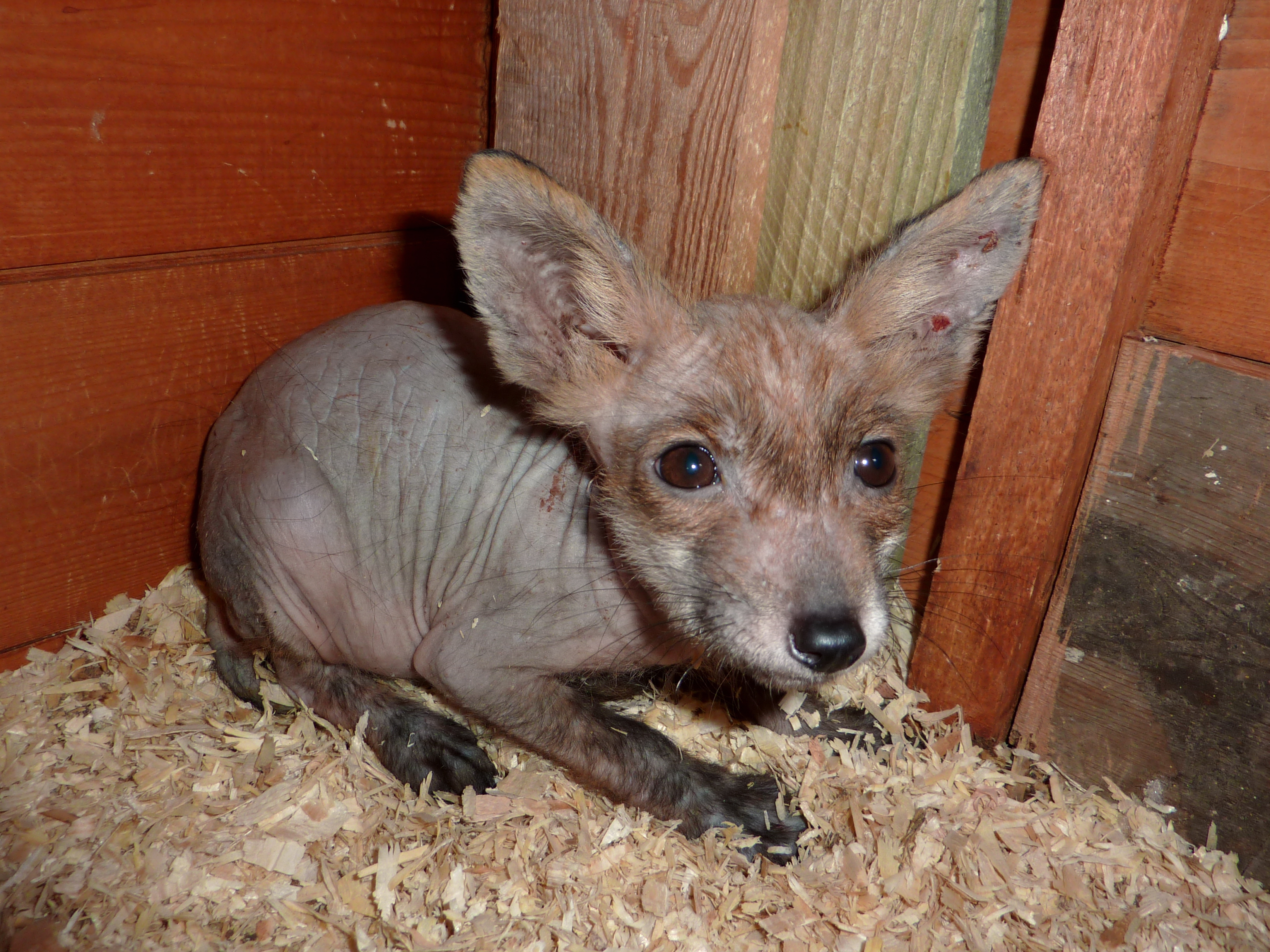 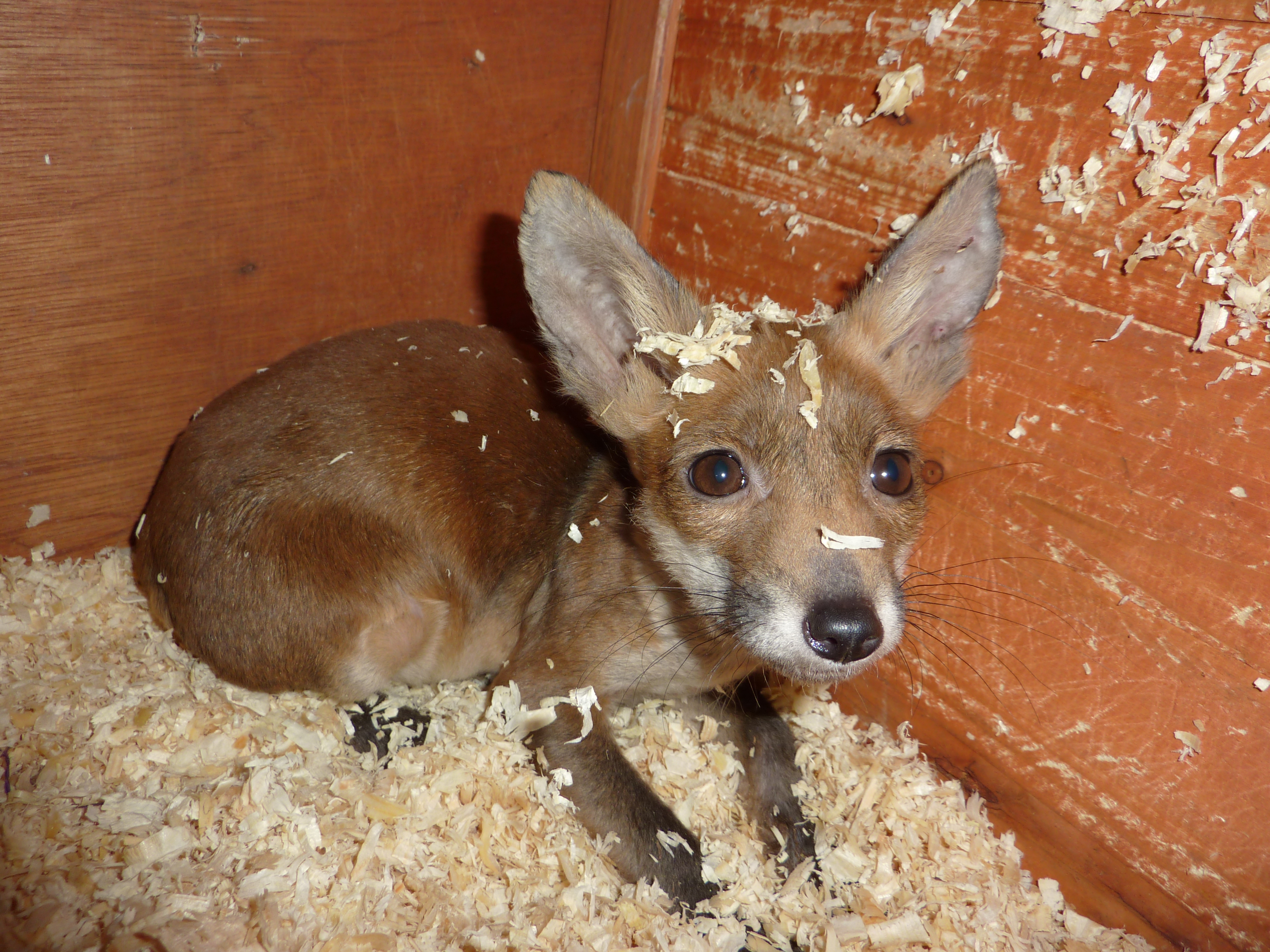 In most cases, captive foxes will have been cage trapped, but, to avoid the stress of capture, wildlife rescue groups will prefer not to trap a fox suffering with minor mange if it can be treated in its own environment.

Providing you can obtain veterinary support, Ivomec or Panomec may be applied orally, in food. However, these treatments may be dangerous to pets and other species (and to suckling fox cubs, so this is risky to provide during the fox breeding season – between mid-February and early April) and a veterinary surgeon will require your assurance of a predictable feeding pattern.

If neither trapping nor treating on site with veterinary medication is appropriate, where does that leave you? More importantly where does it leave the foxes?

If a number of foxes need treatment but can’t be targeted individually, treatment in the wild is, at best, a shot in the dark.

Rather than risk an animal ingesting a high level of potentially dangerous veterinary products, a safer, alternative option may be considered.

Spectacular recoveries have been achieved by use of two homoeopathic remedies. The first is a combination of arsenicum 30c and sulphur 30c and the second is psorinum 30c.

Many wildlife centres have found one or other of these treatments effective on foxes, depending on the level of infestation and Helios (see below) recommend using them alternately, with priority given to arsenicum and sulphur.

Our own view is that positive results are less convincing on foxes suffering more than 40% visible mange but, whatever the result, and given that wildlife is not generally co-operative, it is sometimes the only possible option in the absence of capture.

“But are you sure these remedies work?” we hear sceptics ask.

Well, if you consider complimentary treatments akin to voodoo – a placebo effect that only works because you believe in it – just bear in mind animals don’t have an opinion, don’t know they’re being treated – and yet they get well!

Following treatment, should the animal continue to deteriorate or fail to show signs of recovery, it may be appropriate to contact your local wildlife rescue centre to trap and treat it in-house with conventional medications or to seek support from your vet.